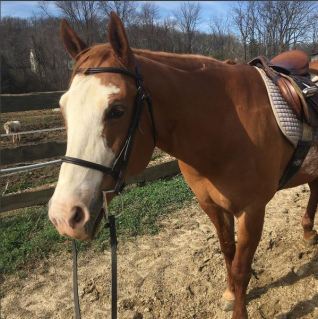 Now that spring is finally spinging (aka, having a day of pouring rain for every two of sunshine), I’ll start getting more motivated to do stuff! Of course, I also have more stuff to do… (see picture for a guess on what that is!)

But I hope by the end of April (that’s what month this is, right?), I’ll have finished the rom-com contemporary m/m romance I’m working on.  I’ve crossed the 50K mark and I’m happy with what I’ve got so far. Now it’s just ripping out hearts and stomping on them. Um, lightly, I guess, since it’s rom-com. And then making it all okay again.

My other current project is doing revisions on my trans cowboy story, which is going fairly well. My beta gave a lot of feedback suggesting some heavy additions, and I’ve been working them in. One fear I have is that the scenes will make the story drag instead of developing character and relationship like they’re meant to, but I’m sure a re-read (in a different month) will clear that up. Again, I’m hoping to wrap up the revisions by the end of the month, which is going to mean putting my nose to the grindstone, but I’ve already added 4K-6K words? So it feels like good progress, even if it makes my end goal further away.

I want to say that’s all I’ve got on the writing front, but last night, while mixing up tea flavors at Adagio, I suddenly wanted to write a story focused on a tea shop and then make teas for all the characters!

So now I’m sort of brainstorming that. I love the concept, but it’s not a story that’s jumping fully formed (or even vaguely shaped) from my head, AND I don’t want to get distracted from my current story (plus all those stories I started and haven’t finished yet). So it might end up coming to nothing. But we’ll see!

To celebrate, I’m giving away a copy of Second Skin and Sharing a Pond. This is a tumblr-only giveaway (sorry!).

You can find the Sharing a Pond giveaway here.

You can find the Second Skin giveaway here.

1. Work toward finishing current WIP (trans* story).
2. Do an editing pass on SaP (shifters).
3. Work on baby blanket (for my second niece). This isn’t writing related, which I’m trying to focus on more, but this is going to suck some time and it needs to be done for the solstice, latest, so I need to give it some serious attention (and it’s going to take forever).

1. I finished the WIP last week. I want to do a read over (um, I guess this weekend is the plan, but I dunno) and then get it to my betas. But this was successful.

2. I didn’t really make much progress on this one. HtPD and SS took more time and I wasn’t feeling my edits.

3. I am almost finished the second color of the baby blanket. I also finished 1 half-mitt that my mom wants for xmas.

Generally pretty happy with how things went. The end of SS involved a bit more pulling of teeth than I’d anticipated, and hopefully it will stand up to re-reading, but getting that done feels like one step closer to accomplishment.

October is going to be crazy busy. I’m cat-sitting for friends at the beginning, have a work conference in the middle (I’ll be at Gay Rom Lit, if anyone wants to say hi!), while trying to enjoy one of my favorite months of the year by getting outside.

My goals reflect this. I doubt I’m going to have much/any time for creativity.

September’s Goals
1. Work toward finishing current WIP (trans* story).
2. Do an editing pass on SaP (shifters).
3. Work on baby blanket (for my second niece). This isn’t writing related, which I’m trying to focus on more, but this is going to suck some time and it needs to be done for the solstice, latest, so I need to give it some serious attention (and it’s going to take forever).

September feels like its been going well, so here’s how it looks:

1. Making progress. Probably have 2K left, but it’s all wrapping-up/ending stuff. Which I haven’t really thought through, so it may be like pulling teeth. I’m also looking for beta readers for this one, which I’m hoping will motivate me to finish this. Or maybe they can tell me how to end it 😛

2. I’ve started this. Slowly. I got a little distracted by HtPD this week. I’m actually happy with some of the additions I made to HtPD, so my beta gave good feedback. Now I’m waiting for my other beta. And I’m going to try to figure out who will take a 9K story (because I don’t see another 1 K coming out of it.

3. Working on it 😛 This takes forever.

Overall pretty happy with things. I’m super excited/nervous about my WIP and if it’s any good. It was one of those that just came out so easily in the middle bits, which either means really good things or…not.