I know, I don’t usually post twice in one weekend. But Saturday was a very busy day!

First off, my car window stopped working (it would only go down an inch, then stop). So for Father’s Day, my dad tore my door apart and we figured out the problem (then put the door back together), I ordered the part, and today we tore the door apart again in order to install the new part. Of course, with home car repair, nothing ever goes smoothly.

But thankfully Dad keeps a lot of stuff on hand, so when we need extra wires, or fuses, or headlights, he has them. Sometimes it just takes a little searching. So when he had to add some wires to the new part, he had it on hand.

When the new window motor blew the fuse for the windows, he had a new one of them on hand.

When something blew out my front headlight (not sure if it was just the light’s time or the mechanic work did something to it), he had one of them on hand too. Not to mention I didn’t have to pay for any of the manual labor. Just for the part (and not even for the additional parts he “had lying around.”

I have the best dad. 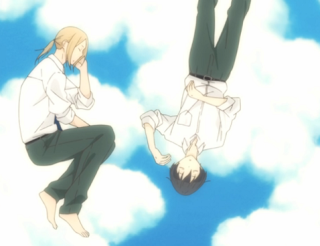 After a brief nap, I watched episode 12 (last of the season?) of a show called Tanaka-kun Is Always Listless. It’s a sweet, humorous, sort of mindless show that really turns the high school harem anime tropes on its head. The lead, Tanaka, has a bunch of girls who are interested in him, but he just can’t be bothered to put up with any of them besides being friends. (I read him as sort of asexual, but either way, it’s an adorable show if you’re familiar with how a lot of anime usually treats these things.)

One of the great things about the show is that while it fills a lot of the trope characters (smart girl, overexcited girl, tough girl), it gives them more depth than their trope and plays around with the trope, which keeps the characters from feeling rehashed and boring. I actually liked all the characters. It was a fun revelation.

The highlight of the day was going into town for dinner and dessert. We headed to a Korean-heavy area, which has an H Mart (Korean grocery market), a Korean BBQ place, and a Paris Baguette. Oh, and there was randomly a dog sitting in the back of this pickup truck in the parking lot of the shopping center. Like you do.

I didn’t take any pictures of dinner, because meat and veggies on a grill is fun, but I’m all about the desserts. But I do have this one picture of the sides.

For those not familiar with Korean BBQ, you’re given various sides with your order of raw meat. Then you nom on the sides and grill your meat, which can be eaten on rice or lettuce wraps or however you want. I can’t tell you what all of those items are in those tiny little bowls, but there is kimchi, broccoli, julienned mushrooms (we think), and a tiny salad.

But this is the best part (I took pictures of the tags rather than the food because I can never remember WHAT I ATE): 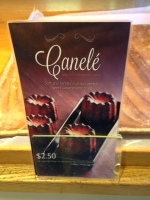 [Not pictured is the little three-pack of macarons. Because I’m tired and lazy.]

Then a drive home and collapsing with a very full stomach. What a great Saturday!!

(Side note: I thought the label said “Green TEA Pastry” and so did my friends, which is why I got it. But it was actually really good anyway, so no regrets.)

This site uses Akismet to reduce spam. Learn how your comment data is processed.